PROPOSALS  >  EXPERIENCE CINQUE TERRE AND LA SPEZIA CINQUE TERRE: LIVE THE EVENTS FROM THE SEA A unique experience not to be missed: look at Cinque Terre from an historic boat 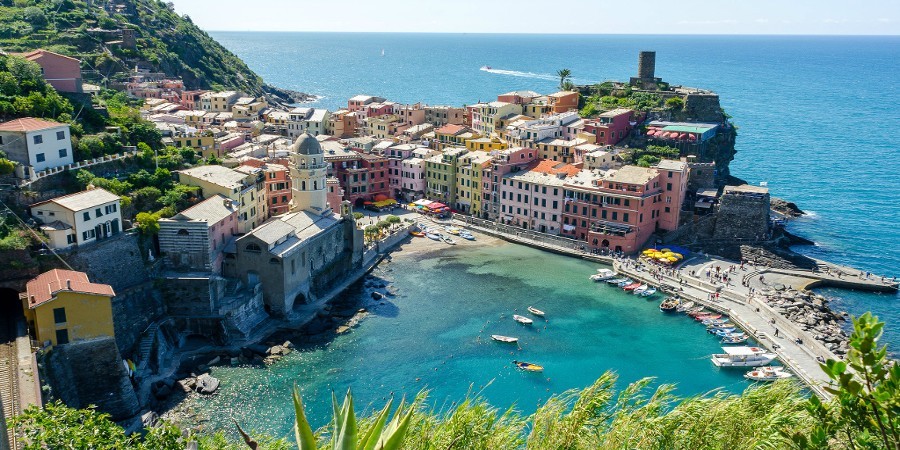 The unique thrill of sailing aboard an ancient Latin sail leudo, a typical boat of the Ligurian Sea, for the transport of wine and oil in Sardinia, Tuscany and Corsica.

To date there are very few specimens: Tour Liguria by Volver will let you experience this unique experience!

You will decide the times and stops, as well as adding the experiences you prefer on board.

And what better occasion than the main events in the area to sail the sea on the leudo?

You will be able to admire it and participate in events from a completely new perspective!

The sea, as an element to be preserved, the sea as a witness to the history of men and boats, which carried out commercial exchanges in an impervious territory with small and sturdy work ships, able to be operating boats from the beaches.

The goods, mainly oil and wine, were placed in barrels, which were unloaded with ropes, thrown into the sea and then recovered by the men on the shoreline, to be rolled along the beach.

Every year we recall the ancient landing, to remember one of the typical activities of Ligurian coastal life, rooted in our tradition.

On August 17th each year Portovenere plunges into the religious festival dedicated to the White Madonna: for the occasion, in the Church of San Lorenzo, which houses the parchment depicting the Madonna, various liturgical ceremonies follow one another throughout the day. In the evening, instead, it is the town that is populated by the crowd and invaded by lights and songs.

The ark with which the miraculous image is transported crosses the streets of the village, stopping in the square at the foot of the Church of St. Peter illuminated with Roman torches for the occasion.

A unique show in the world is represented by the lamps scattered up to the Church of St. Peter, along the whole stack.

The religious cult of the White Madonna is linked to the miraculous event that took place in 1399.

CALL NOW!
Contact us every day during office hours
010.0980269
Chat with us
Notify the trip code: 5TERRESEA